Is a gynecologic condition affecting your health and quality of life? Many conditions can impact your well-being and daily life, such as:

When lifestyle changes, medicine or other treatments do not ease your symptoms, your doctor may suggest surgery. Surgery can include:

The da Vinci System has brought minimally invasive surgery to more than 3 million patients worldwide. da Vinci technology – changing the experience of surgery for people around the world. 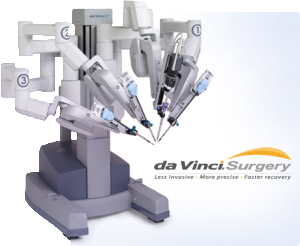 When Is Single-Site Technology Used and What Are the Risks?

On this page, you’ll find an overview of the types of hysterectomies, information on how hysterectomies are performed, questions you can ask your doctor, and how to find a surgeon who performs hysterectomies with the da Vinci system.
What is the removal of the uterus?

There are several types of hysterectomy: partial hysterectomy, simple or total hysterectomy and radical hysterectomy. Your surgeon will discuss what they recommend. This may vary based on your condition, symptoms, and age. If you have cancer, the doctor will also consider the type of cancer you have, its location, and progression.

Partial hysterectomy is a procedure to remove the upper part of the uterus. Your ovaries and fallopian tubes may or may not be removed. This procedure is typically used for benign conditions.

Simple or total hysterectomy is a procedure to remove the uterus and cervix. Your ovaries and fallopian tubes may or may not be removed. Depending on your condition, additional surrounding tissue, like lymph nodes, may also be removed.

Radical hysterectomy is a procedure to remove the uterus, cervix, and part of the vagina. Radical hysterectomies are used most often for procedures where cancer is or is suspected to be present. Often, additional surrounding tissue, like lymph nodes, are also removed. The ovaries and fallopian tubes may or may not be removed. 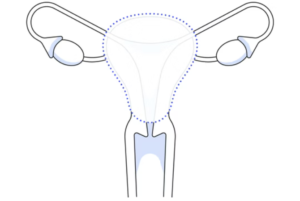 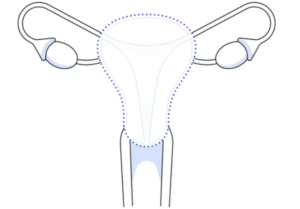 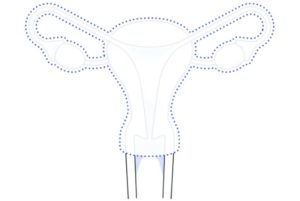 Traditionally, surgeons performed hysterectomy through open surgery, which requires a large incision in your belly. The surgeon looks directly at the surgical area through the large incision and removes the uterus using hand-held tools.

Both simple and radical hysterectomy can be performed with robotic-assisted surgery using da Vinci technology. The da Vinci system is a tool used for surgery, but it does not treat cancer. The system extends surgeon capabilities within minimally invasive surgery.
The da Vinci system makes it possible to perform surgery through a few small incisions about the size of your fingertip. With the da Vinci system, your surgeon sits at a console near you in the operating room. The console enables your surgeon to control a camera and the tiny instruments used to perform your surgery.

The system delivers 3D high-definition views, giving your surgeon a crystal-clear view of the surgical area magnified 10 times what the human eye sees. It translates every movement your surgeon makes in real time, bending and rotating instruments that move like a human hand, but with a greater range of motion. Built-in tremor filtration technology helps your surgeon move each instrument with smooth precision.

Call Obstetrical Associates today to see if the daVinci Surgical System is right for you: (508) 730-1666.